February was a special month for us at MPD Ventures, as we had the privilege to be involved in two large-scale fundraisers for non-profits that are close to our hearts. Giving back through pro bono work and support of local charities has been a fundamental part of MPD’s mission since our founding. We were overjoyed at the success of these two events: one making its debut and the other still going strong after two-plus decades!

We’ve been working with our inspiring, dynamo of a friend Pastor Richie Butler for several years helping to support his Project Unity initiative. Focused on improving race relations, Project Unity is a collaborative movement among Dallas-area religious, business, civic, philanthropic, grassroots and government organizations, based on the faith-driven belief that what unites us is greater than what divides us. Founded by Pastor Butler, Project Unity’s mission includes dialogue and community-building events, education, and empowerment to build and enhance race relations and understanding in our community.

Project Unity’s “Gospel Goes Classical” event was held on February 7th at the Morton H. Meyerson Symphony Center in partnership with the Dallas Symphony Orchestra (DSO). This was the debut of what will become Project Unity’s signature fundraiser and it didn’t disappoint, raising in excess of $120,000! The unique, sold-out performance blended Gospel and Classical music and was themed around healing the racial discord in our community, city and nation. We had the honor of assisting in promotion and media relations for the event that was produced by energetic and gifted Toska Medlock.

As Richie put it, “Music moves us and unites us across faiths, races, cultures and communities. Gospel Goes Classical illustrates our mission at Project Unity perfectly as we blend different musical genres and voices.” Gospel Goes Classical featured GRAMMY® Award Winner and Pastor Marvin L. Winans from Perfecting Church in Detroit, Michigan, and member of the famed Winans family gospel singers; the Dallas Symphony Orchestra; and a 200-person, interfaith choir comprised of choruses from more than 20 religious and faith organizations and a special tribute to the late Aretha Franklin’s gospel roots. It was indeed a soul-stirring event.

The DSO was conducted by Jeri Lynne Johnson, founder and artistic director of the Black Pearl Chamber Orchestra, a professional orchestra in Philadelphia. Project Unity Ambassadors, Business and Community Leaders, Elected Officials and Pastors were among the more than 2,000 people who attended the event.

Congratulations to Richie and the Project Unity team and a special thank you to Kim Noltemy, President & CEO of the Dallas Symphony Orchestra, along with the many sponsors and supporters who made this remarkable inaugural event possible. 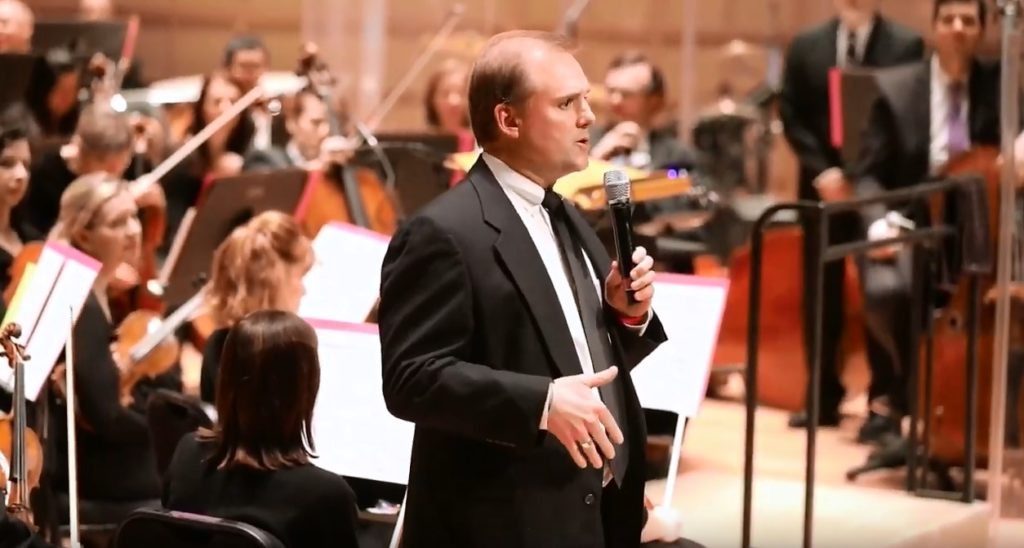 On February 22nd, we had the honor to be a table sponsor as Attitudes & Attire hosted its 23rd Annual Luncheon and Fashion Show. Close to 700 attendees filled the Grand Pavilion of the Dallas Trade Mart to listen to powerful client stories, celebrate the agency’s amazing work, and even have some fun vying for fantastic live auction items and raffle prizes.

Attitudes & Attire (A & A) is an agency that builds confidence and self-esteem in women seeking self-sufficiency. A & A Founder and long-time MPD friend, Lyn Berman, has worked towards empowering and helping women for more than two decades. A & A offers job readiness workshops to help with resume-building, interview preparation and financial education, culminating with each woman receiving new business attire so they are prepared for the next step. A & A also has programs such as Hopeful Smiles that partner with local dentists who give women the confidence to take on the world with her smile and Boots to Heels that help veteran women transition back into civilian life after deployment.

A & A has been our MPD charity of choice for 23 years…even before we were MPD! Our Founder Paige Dawson was a member of the A & A founding board of directors and event chair for an early luncheon in the 1990s. Since then, we’ve provided ad hoc assistance with marketing and public relations needs, and I also had the honor to serve on the A & A board – even as its President for a bit.

Being at this year’s luncheon was inspirational as always. We were so moved to hear the stories of women who faced seemingly insurmountable challenges yet were able to turn their lives around with help from the A & A program. Over the years, the luncheon crowd has been brought to tears time and again as A & A clients share how they have overcome homelessness, abuse, sexual assault and more and are now thriving with a newfound confidence.

One of the things we admire most about A & A is that they have never strayed from the focus on their core mission, but they have also carefully evolved over the years to serve even more women and continuously refine and strengthen their programs. For example, when Lyn Berman noticed that an increasing number of former military members were being referred to A & A’s program, she and her team set out to create a targeted workshop, especially for female veterans. And recently A & A has expanded to serve spouses of first responders.

If you’re ever looking for an awesome volunteer opportunity or you know a dentist who may be willing to donate services, please check out A & A’s website for details. Thanks to Lyn Berman and the A&A team for another wonderful, inspiring event and for their tireless work to serve women in Dallas.